Raghavendra Chitravani Awards On May 25th 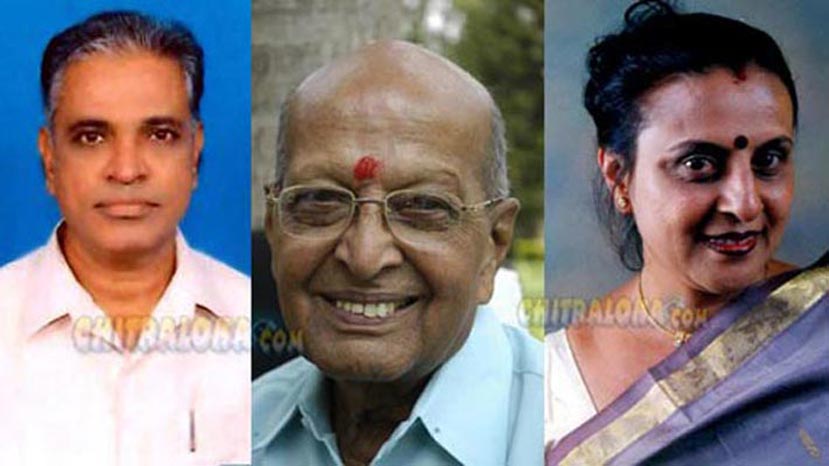 The 36th anniversary of the Sri Raghavendra Chitravani and the 12th Annual film awards given by the film publicity organisation will be held on May 25 in Bangalore. SK Bhagwan, (of the Dorai-Bhagwan pair) and senior film producer TG Ashwathnarayan will be awarded the Sri Raghavendra Chitravani Award. Nine other awards instituted by various film personalities will also be given on the occasion. The winner of the Dr Rajkumar Award given by the Rajkumar family is singer Ratnamala Prakash. D Rajendra Babu will be given the R Seshadri memorial award by Bharati Vishnuvardhan.

The Jayamala HM Ramachandra award goes to actor RC Kala, while the MS Ramaiah Media And Entertainment award for music goes to Anoop Seelin for his score in Sidlingu. The KV Jayaram Award for best screenplay goes to Manjunath for the film Ballpen. The Hunusur Krishnamurthy Memorial Award for best dialogues given by Dr HK Narahari goes to Keshavadithya for the film Kranti Veera Sangolli Rayanna. The award for the best debut director given by B Suresha goes to Vijaya PRasad for the film Sidlingu. The PG Srinivasmurthy Award in the memory of the film journalist given by Vinayakram Kalagaru goes to D Sumana Kittur for Edegaarike and the Kiccha Creations Award given by actor Sudeep goes to Kunigal Nagabushan.