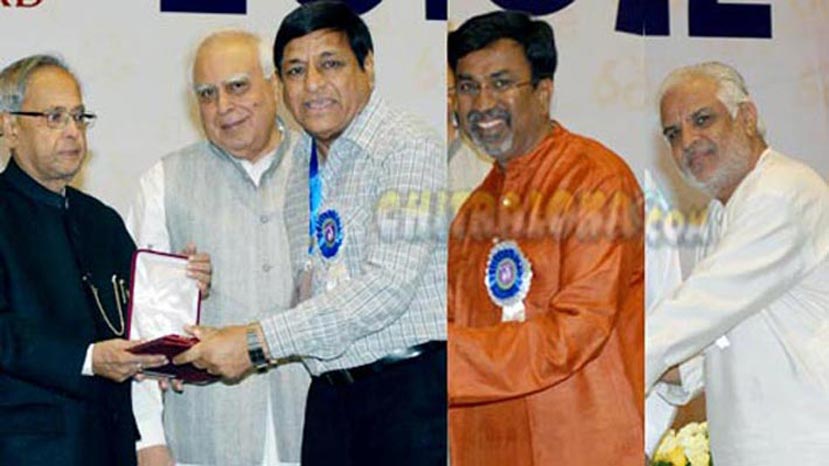 The 60th National Awards which was announced in March was presented in New Delhi on Friday evening. This time Kannada got only one award in the form of best regional film to 'Bharath Stores' directed by P Sheshadri. P Sheshadri along with film's producer Basanth Kumar Patil received the award from the Honourable President Pranab Mukherjee. Dattanna who got a special mention from the jury for his performance in 'Bharath Stores' also received the award from the President.

Veteran actor Pran who was conferred the Dada Saheb Phalke award could not attend the function due to bad health.