It's Family Affair at Udaya awards 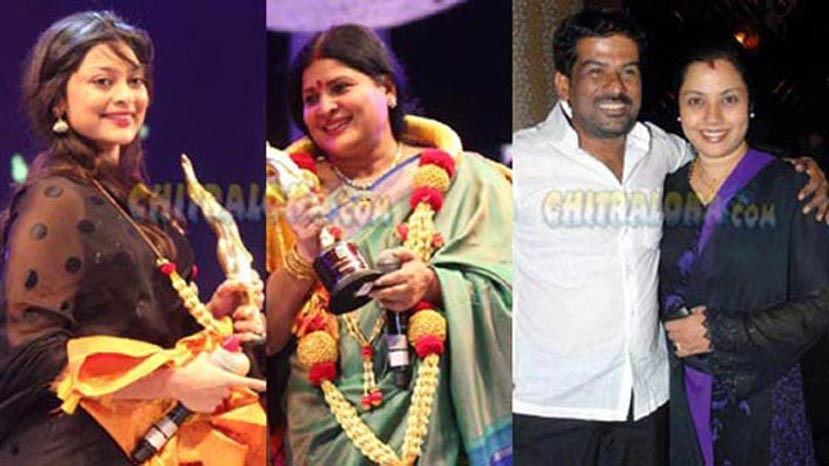 The Udaya film awards event that concluded on Sunday night witnessed a rare occasion of two members from the same family getting the award. This happened twice in the same night.

The first example of this is mother-daughter Jayamala and Soundarya Jayamala both getting an award for their individual achievement. While Dr Jayamla got the Lifetime achievement award for her contribution to Kannada cinema, Soundarya was adjudged the best debutante actress for her performance in 'Godfather'.

Secondly, cameraman H C Venu got the best cinematographer award for his outstanding camera work in 'Kataariveera Surasundarangi'. His wife and actress Tara got the best supporting actress award for her performance in 'Bhageerathi'.

This is the first time in recent times that members of same family getting an award in the same event.