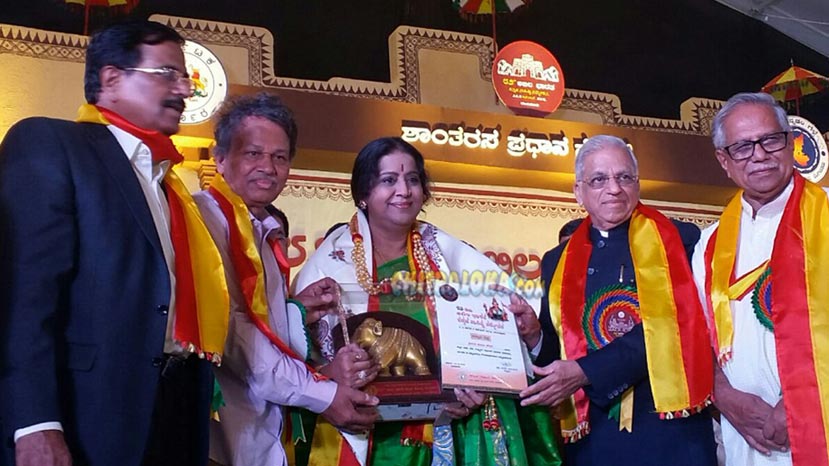 Veteran actress Hema Choudhary has been honoured at the 82nd Kannada Sahitya Sammelana held in Raichur. Hema Choudhary is the only person from the film industry who got honoured.

Speaking to chitraloka Hema Choudhary told `I am very happy that I was honoured at this prestigious event. Receiving the award from Shivaraj Patel was a great thing along with the president Dr Baraguru Ramachandrappa and Manu Baligar. Prof Dodda Rangegowda gave a brief about me.