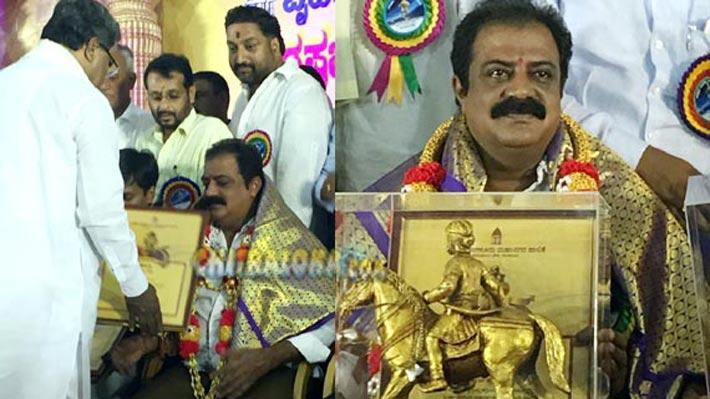 Noted producer M G Ramamurthy who has produced films like 'Majestic', 'Dharma', 'Encounter Dayanayak' and others was felicitated with the Kempegowda award in Bangalore recently. M G Ramamurthy is not only a well known producer, but also holds a key post in the Karnataka Film Chamber of Commerce. He is serving as a secretary for the last seven months in KFCC.