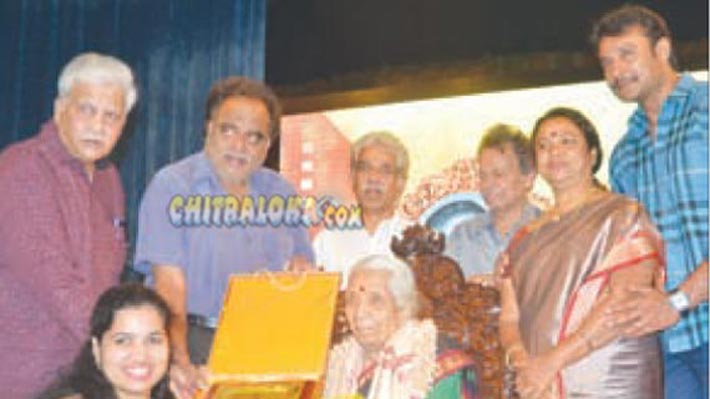 academy awards given by ambareesh

Karnataka Chalanachitra Academy has given the awards to various artistes and technicians for their achievement in Kannada cinema at the Ambedkar Bhavan in Bangalore. The event marked the 82nd anniversary of talkie films in Kannada.

This is the first time that the 10 awards were being given in the name of 10 stalwarts of the Kannada film industry. This time the award has been conferred to S K Padmadevi, Joe Simon, H N Muddukrishna, R Ratnam, B A Madhu, G S Basavaraju, Babji, Armugam, Jaijagadish and Richard Castelino.