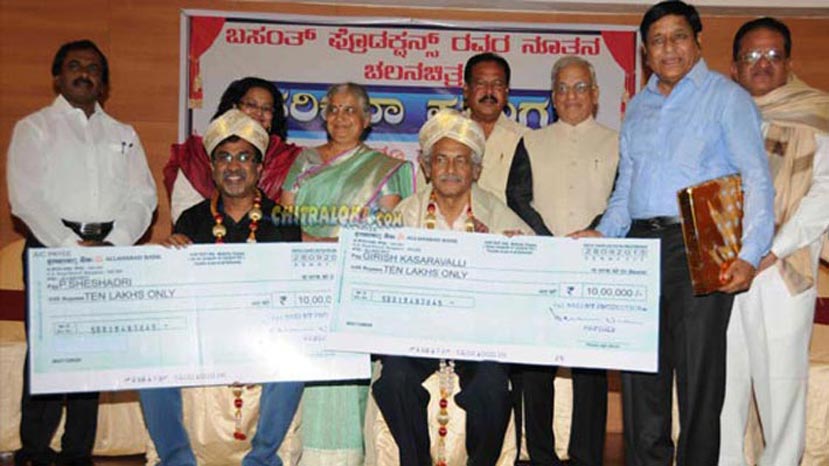 Basanth Kumar Patil honoured directors Girish Kasaravalli and P Sheshadri for getting him the most number of awards for his production house at national and international awards. He gave them a cheque of Rs 10 lakh to both the directors respectively.