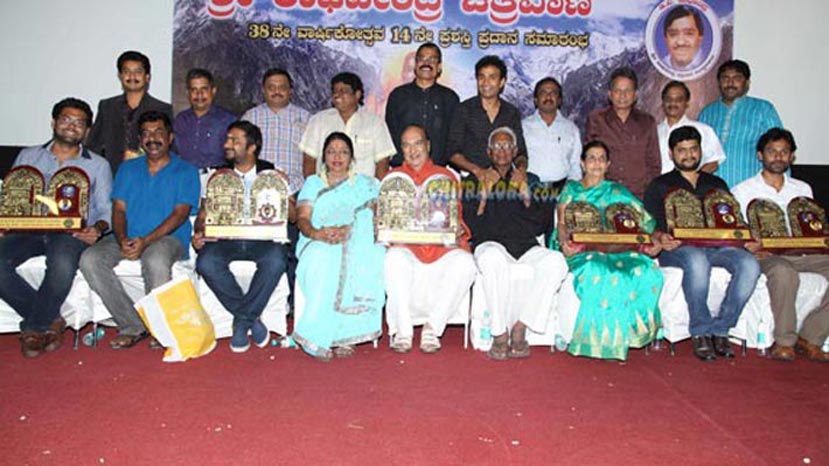 The Raghavendra Chitravani Awards were given away in Banalore on Saturday evening. The awards were presented by Dr Baraguru Ramachandrappa along with Karnataka Film Chamber of Commerce president Thomas D'Souza and actor Sharan.

While senior producer B N Gangadhar got the Raghavendra Chitravani award for his contribution as a producer, veteran journalist Rajan was present the journalist award for his contribution to film journalism. Apart from that Rakshith Shetty, R N Sudarshan, Shailashri Sudarshan, Geetha Upendrakumar, Ajaneesh Lokanath, Naveen Krishna and others received an award. Lyricist Jayanth Kaikini was not present and Yogaraj Bhatt receoved the award on behalf of him.

Lahari Velu, producer Raghunath, Chamundeshwari Studios Shadagopan and Rajalakshmi and others were present at the occasion.